The 19th century Scottish born Canadian poet Alexander Maclachlan often wrote of the homesickness of Scottish immigrants to Canada. In one poem, titled ‘The Snow-Storm’, he said:

“Once he was rich, but got poorer, poorer,
As hardship on hardship ‘gainst him were pressed.”

The phrase “hardship on hardship” describes well the lives of many people experiencing homelessness right now. You may have no toilet paper, but they, often, have no toilets.

Pastor Julie Kissick, co-founder of Streets Alive Mission, in Lethbridge, Alberta, says, “The homeless, although living a tough life, have been truly lost during this time. They don’t have much, but what they had was shaken.”

For the past five years I have been photographing people experiencing homelessness in cities throughout the world, such as Washington, New York, Brisbane, and Toronto. At the same time that I do this, my dad, Tim den Bok, who accompanies me on these trips, interviews them.

With these photographs and stories, we are trying to humanize people experiencing homelessness and shine a spotlight on their plight.

I also suggest three ways you can help such people during the pandemic, as well as three things you can do to help make the lives of these people more bearable—even after COVID-19. 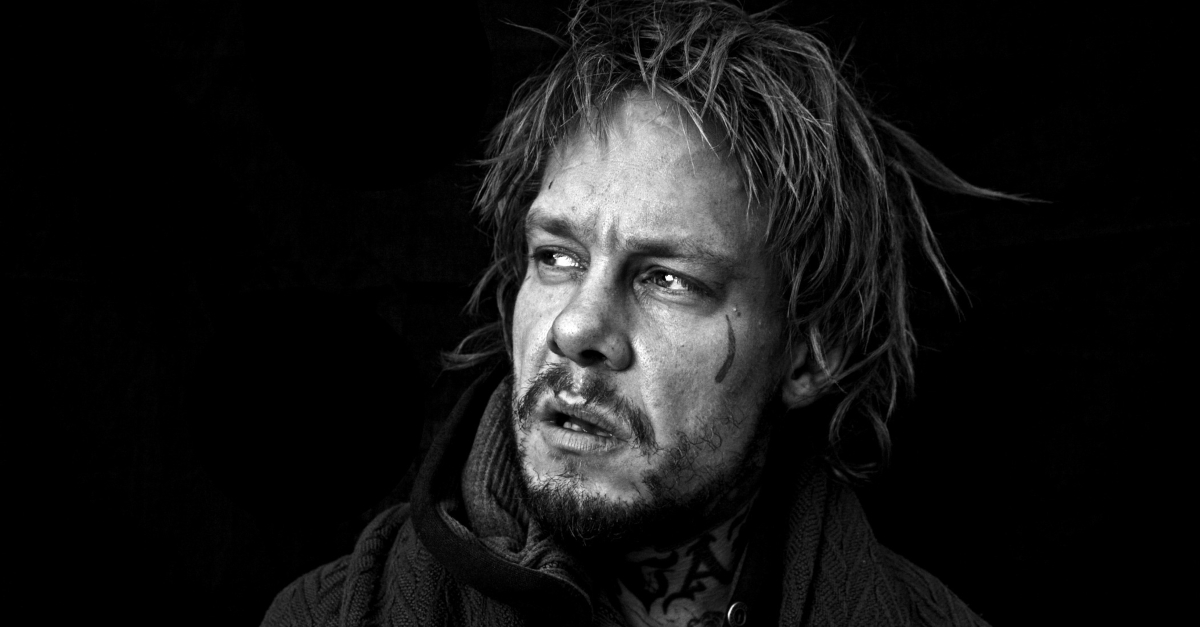 I first spotted Joshua as he was enjoying lunch at Toronto’s Scott Mission with a couple hundred other people experiencing homelessness. I knew right away that, with his unruly hair and the blanket draped around him, he would make an interesting subject for a photograph.

So when, a quarter of an hour later, I saw him standing in front of the entrance of the Mission, I signaled for my dad to ask him if he would be willing to model for me. I was very relieved when Joshua consented to have his photograph taken.

Unfortunately, as Joshua spoke very quickly and, often, mumbled under his breath, my dad and I found it very challenging to make out what he said—even after listening to the recording of the conversation. And the little we could make out made no sense.

For example, when my dad asked Joshua what his name was, he replied, “Um, I don’t have a name. I’m just, ah, an assassin for the AUS.” (The “AUS”, I was to find out later, is an abbreviation for the Army of the United States.)

“What do you want people to call you though?” my dad asked Joshua. He replied, “Confirmation Joshua Neil Jackson.” When I complimented Joshua on the large tattoo emblazoned around his neck—one of many that he has—he told us, “It says cocaine. I do them myself...the way to bring them to life is if I do everything around them, like, ah, so I had 36 children yesterday…”

Homeless organizations, like the Scott Mission where Joshua was staying, have the means and know-how to best help people experiencing homelessness.

But they are often cash-strapped and could really use your financial support. This is especially true during the pandemic.

2. Donate Food and Other Items

Many homelessness organizations desperately need items, such as:

To find out what the homeless organization (e.g., shelter, foodbank, soup-kitchen, Out of the Cold program, etc.,) in your community needs, see if it has a ‘Food & Supplies Donation’ page on its website.

If it doesn’t, just call them and ask what food or other items they need. 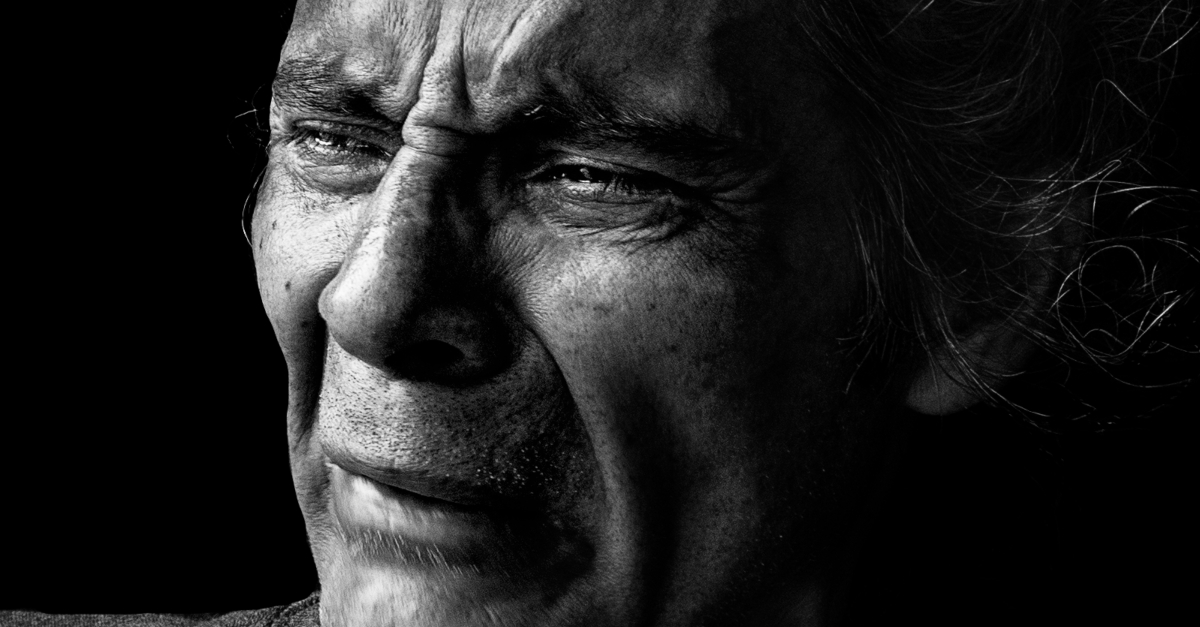 3. Volunteer to Work at Shelters and Soup Kitchens

My dad and I met Larry, who is a Mohawk Indian, outside Hamilton’s Salvation Booth Centre.

Larry shared, “My mom used to take me around...She died now, and ever since she died I’ve been on the street.” As he broke down into tears, he added, “When I first came to the city I was, ah...working...as a bricklayer and got hurt. I haven’t been working for a year and a half now. Mom used to bring me by here, and I’d go, ‘Mom, I don’t need to go here to eat. I got money.’ She’d say, ‘Someday, son, you might not. I want you to be safe when I’m gone.’”

He continued, “So she took me by and showed me the soup shop. Showed me all the places I can get something to eat. I haven’t been so desolate since she’s been gone, in my whole life. I raised my five kids, and...I don’t know what happened. They grew up. Me and my wife split up. I ended up down here.”

Shelters and soup kitchens, such as Hamilton’s Salvation Army Booth Centre, are struggling right now with a loss of volunteers. One reason for this is that many of these volunteers, who were elderly, have quit out of fear of catching COVID-19. If you want to help out in this way, I would encourage you to contact the shelters and soup kitchens in your community and volunteer your services. 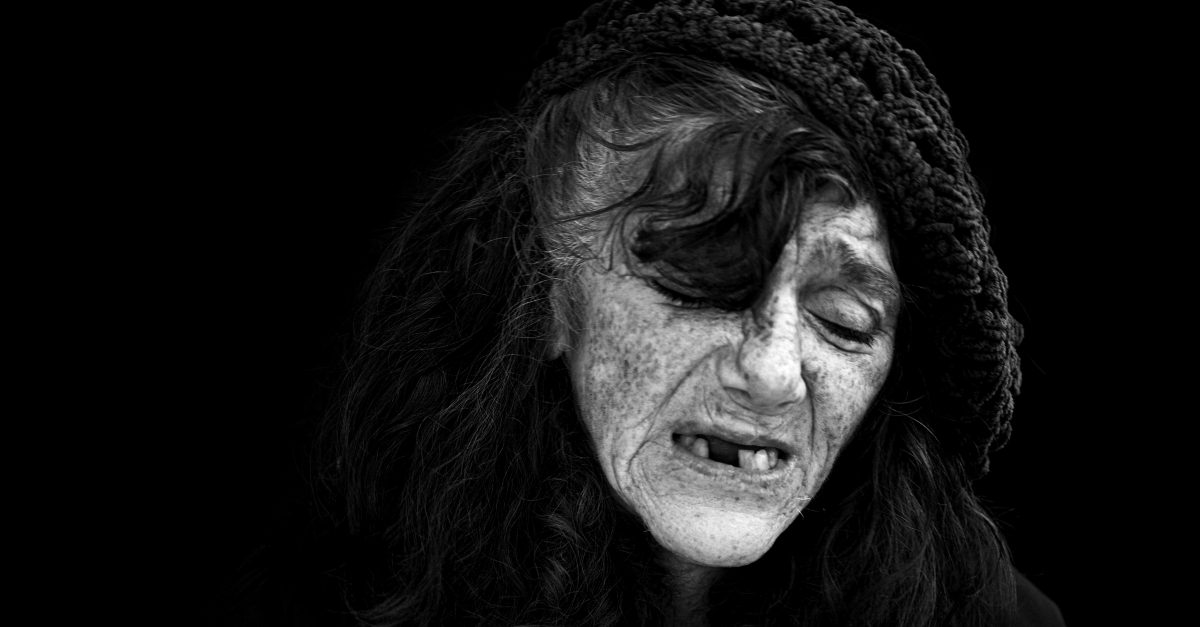 Even before the pandemic, people experiencing homelessness felt isolated and cut off from the rest of society.

A couple of years ago I did a photo shoot in Toronto with a woman named Kathryn, who was experiencing homelessness. Immediately afterward she grabbed my dad’s hand with both of hers and said:

“Thank you so much for doing this! Most people just ignore me.”

Now, with so many people experiencing a heightened sense of anxiety, and with everyone being told to practice self-isolation and social distancing, the homeless feel even more cut off.

For example, recently when I photographed a man who was experiencing homelessness in Toronto by the name of Ron, my dad asked him how the government measure of physical distancing had affected him. 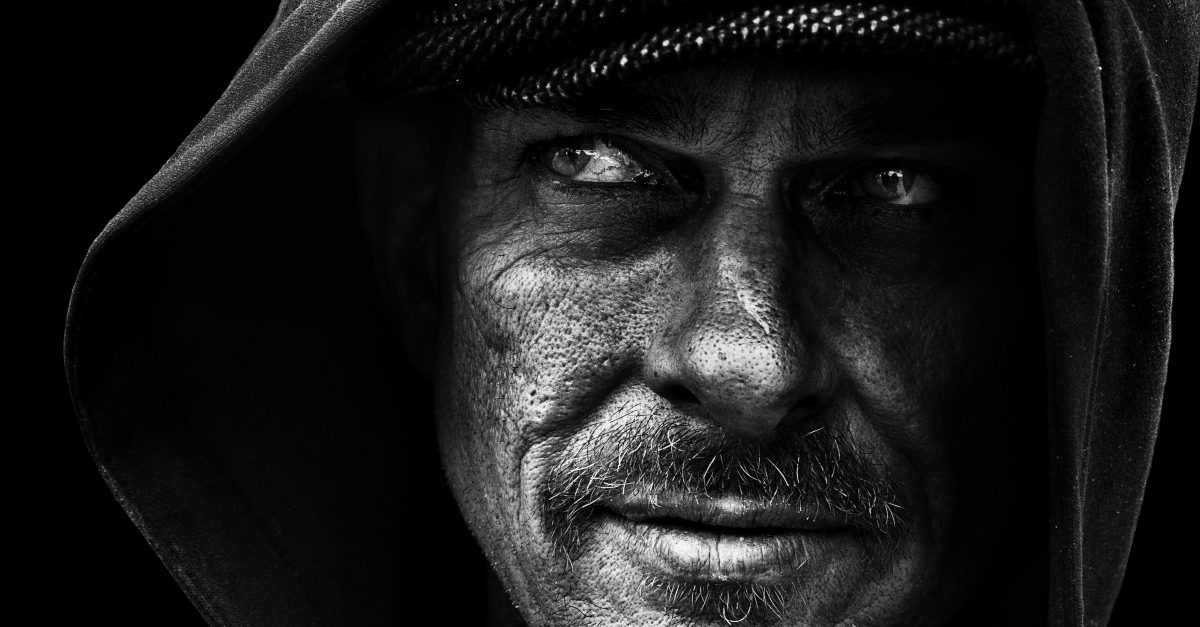 Recently a staff member at Hamilton’s Salvation Army Booth Centre said to me, “Days will go by where no one talks or even looks at these people. But you talk to them. You look at them. You are giving these people dignity.”

This is something we all can do with people experiencing homelessness, even while practicing social distancing. I think you will be surprised at how much these simple gestures will mean to them. 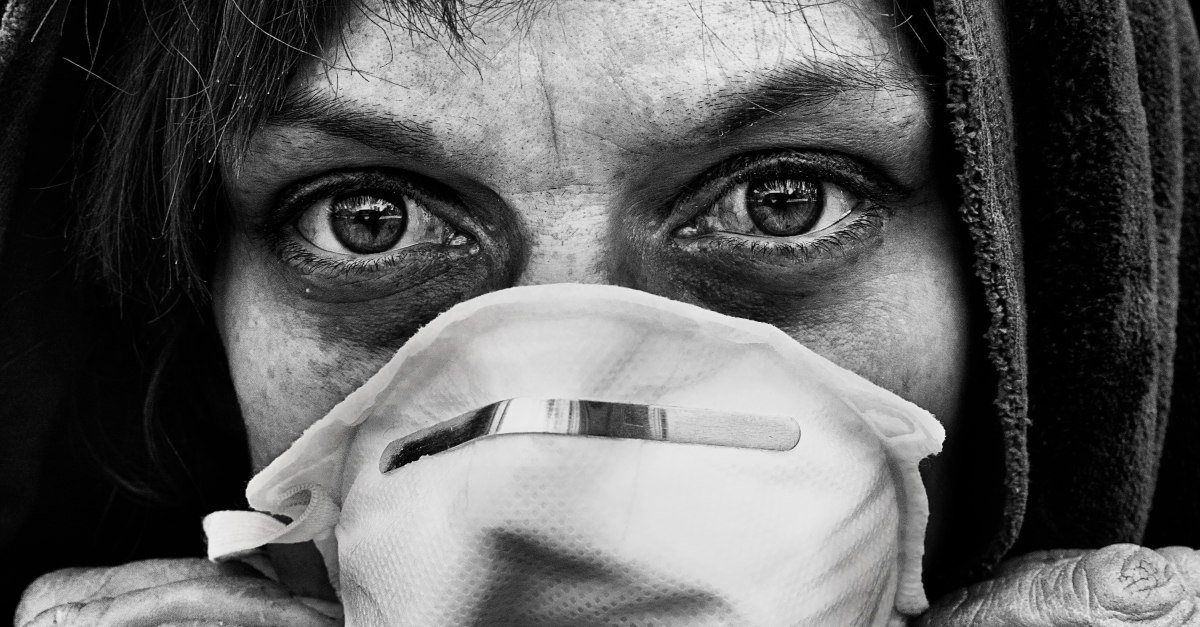 Through a broken face mask that she held in place, Selina—whose picture appears at the beginning of this article—told my dad and I that her life, that was already hard before the pandemic, had become almost unbearable. “Everything is shut down!” she exclaimed. “Even here [at Fred Victor Housing] I can’t even visit someone to spend the night. You’re stuck!”

Selina, then, told us about a recent harrowing experience in which she overdosed and woke up at the hospital. “I woke up in the morning, all drugged up with whatever drugs they drugged me with at the hospital, with nowhere to go.”

“Where do you sleep at night?” my dad asked Selina. “I don’t. I walk around,” she replied dejectedly. Selina also told us that she used to make money working as a prostitute.

It is tempting to pass judgment on people, like Selina, who are experiencing homelessness. We would do well, however, to remember the words of Mother Teresa who said:

“If you judge people you have no time to love them.”

Having photographed and interviewed about 500 people experiencing homelessness over the past five years, I’ve learned how foolish it is to judge them. After all, we know virtually nothing about them. We don’t know their stories. We don’t know what they’ve been through. 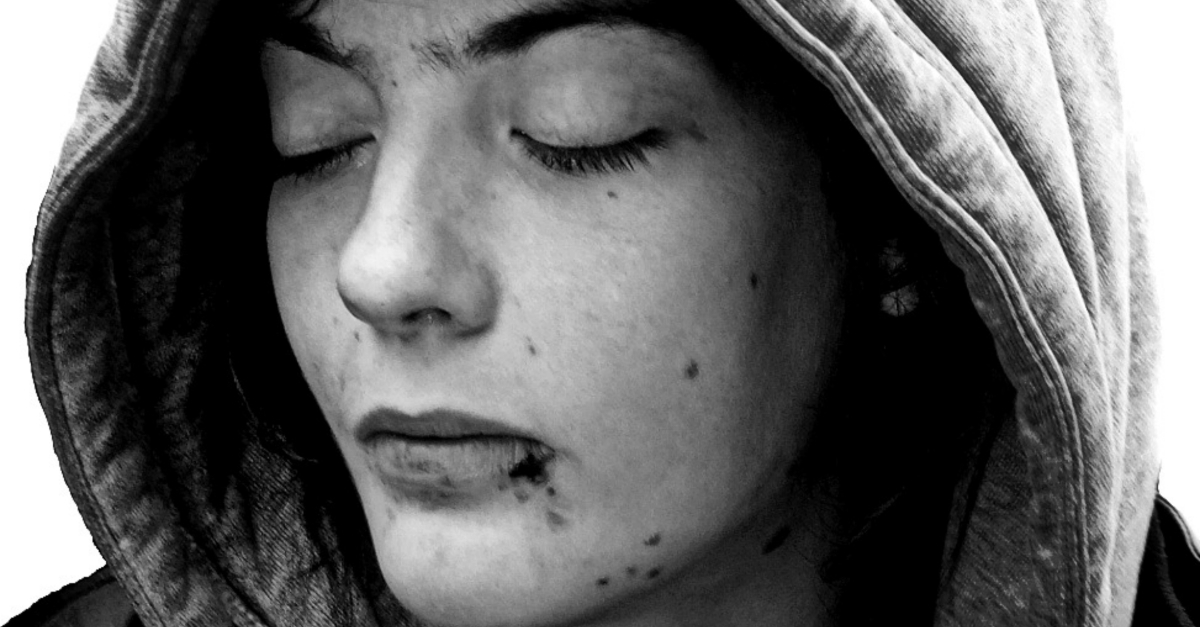 Lucy once had big dreams. “I’ve always been a writer, like, journaling and short stories, and what not,” she told my dad and me, “but now it’s hard to keep up with the stuff you even love, because it’s just survival.”

Lucy’s problem is that she is an opioid addict. “I’ve been an opioid addict since I was fourteen,” she said, “but it was always manageable. I, like, had a job. I was going to school. I had my own place to live. I had interests.”

However, one day she reached the point where her opioid addiction took over her life. As a result, she found herself with no job and no place to live.

Life on the street is harder for Lucy than for most homeless people. “I have a hard time with sleeping outside and stuff like that,” she said. “A lot of people, like, you know, they adjust, [but I can’t].” Hence the reason, perhaps, that she constantly rested her eyes during our interview with her.

When we first met Lucy in 2016, she was excited about the prospect of getting off of the streets that she hated so much. “It’s transitional housing,” she told us with a note of excitement in her voice, “and I’m, like, moving in, in, like, three days.”

When my dad and I last spoke to Lucy in 2019, she was sharing an apartment with her boyfriend, Rhylie.

However, many people experiencing homelessness are not as fortunate as Lucy and Rhylie. The skyrocketing cost of housing has caused them to despair of ever being housed. This is especially true in major cities.

David Giffen, the Executive Director of the Coalition of the Homeless in New York City, says, “The vast majority of those who are homeless are there simply because of the lack of affordable housing.  It’s exceedingly rare for people to choose to be on the streets, unless they have no other rational options. In nearly 30 years of involvement in this work, I’ve yet to meet anyone who would turn his or her back on the offer of an affordable place to live."

David adds, “We must always work hard to dispel the myth that people are homeless by choice, when no choice in fact exists.”

This content first appeared on Crosswalk.com and is used here with permission. To view the original visit: https://www.crosswalk.com/special-coverage/coronavirus/6-ways-to-help-the-homeless-affected-by-covid-19.html