For Mother’s Day, how about explaining who King Lemuel was, and what he had to say when he idealized his mother in Proverbs 31?

Proverbs 31 is often taught—by a man—as a report card to see how well a woman measures up to certain standards. To do that would be a rotten shame!

Proverbs 31 shows us how to value and appreciate the things a wife or mother does for her family.

King Lemuel summarized his mother’s teaching and character in this far-reaching word of praise:

A wife of noble character who can find? She is worth far more than rubies. (Proverb 31:10).

Who Is King Lemuel?

The sayings of King Lemuel — an oracle his mother taught him (Proverbs 31:1)

No one knows the identity of King Lemuel.

However, one thing seems clear, Solomon certainly was not the author of Proverbs 31. It’s hard to imagine this chapter being written by a man who had 700 wives and 300 concubines.

In no way did Solomon exemplify a monogamous, godly husband and father.

Allow me to summarize her advice:

“Don’t consort, with prostitutes; they’ll decimate your life. Stay away from wine and never allow yourself to get drunk and thus forget decency and justice. Don’t pervert the rights of all the afflicted. Protect the rights of those left desolate. Maintain the rights of the poor and needy.”

Let’s look at her qualities further, and how the picture King Lemuel’s mom offers may be putting undue pressure on moms. Best of all, let’s agree that no mom should be expected to be perfect, and that all are beloved.

She Is Praised by Her Husband

In Proverbs 31:11-27, she is noticed and praised by her husband for her character, activities, and behaviors. I’ll summarize his praise for her:

I have found: a “diamond in the rough.” She and I have a maturing partnership. She’s great at milling the grain, cooking, washing, making the meals, nursing the babies, and making the family’s clothes. She plans a garden and harvesters the grain. She seeks wool and flax, and works with willing hands. She obtains food for our family at any cost.

She gets up before dawn and makes breakfast. She buys real estate on which she cultivates and sells the weight for a profit. She works out to get strong muscles. She makes sure that all of her purchases are profitable. She cares for the children.

She keeps her lights burning all night. She utilizes the spindle to make clothes for her family. The clothes that she makes are fine linen and purple. She gives to the poor and needy.

There were no malls, no microwaves, and no TV dinners. 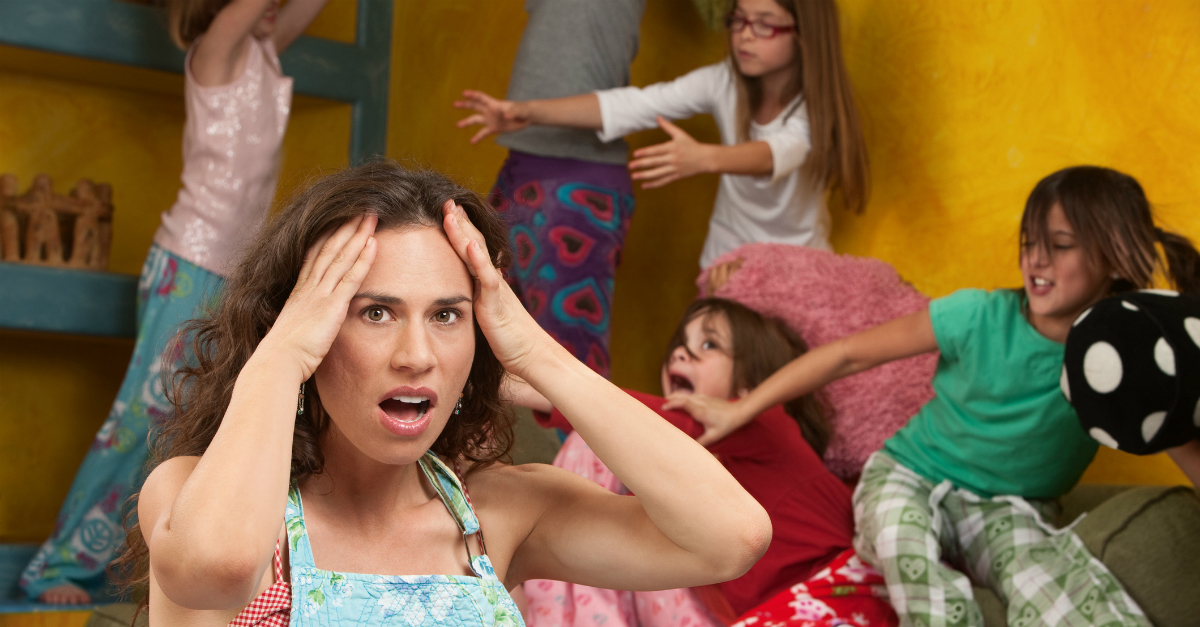 Her Children Rise Up and Call Her Blessed (Proverbs 9:28)

Based on the rest of the chapter, I can imagine her children rolling out of bed without her needing a cattle prod.

I can imagine her children actually dressing themselves and brushing their teeth without a reminder. Her children’s rooms are not a trash dumps and they can actually get from the bed to the closet without needing a GPS.

On the way to church, they happily jump into the car, telling mom how pretty she looks, and how glad they are that she was is their mom.

In her day, women were just not given many opportunities. So, there’s absolutely no way she could have been mayor, dispensing wisdom and judgments at the city gates where important messages were read, disputes were settled and prophets delivered their messages.

Nevertheless, I can imagine that if she were alive today, the ‘Proverbs 31 Woman’ could definitely be a Supreme Court justice!

She obviously spent some time at the city gates because her husband talked often about what a great wife and mother she was. She was greatly praised. Everyone knew who she was.

Without a Doubt, She Is an Idealized Woman

As I thought about it, I began to realize that no woman is this perfect!

She hardly ever slept or took a nap.

Not even the Proverbs 31 woman has time to do all the things for which she is praised.

Once upon a time my wife, Julie, and I were attending a marriage conference. We were given a worksheet with a number of Biblical injunctions describing how good or not-so-good our parents were as we grew up.

When we were asked to exchange the analysis of our parents’ parenting styles, I realized I had idealized my mother. She was a great mom; however, she wasn’t perfect.

As is the case for all of us as human beings, she did many things very well and some not so well.

Lemuel’s mother was not perfect either.

So, let’s keep our expectations in line with reality. When the expectations are too high, the pressure can be unbearable. 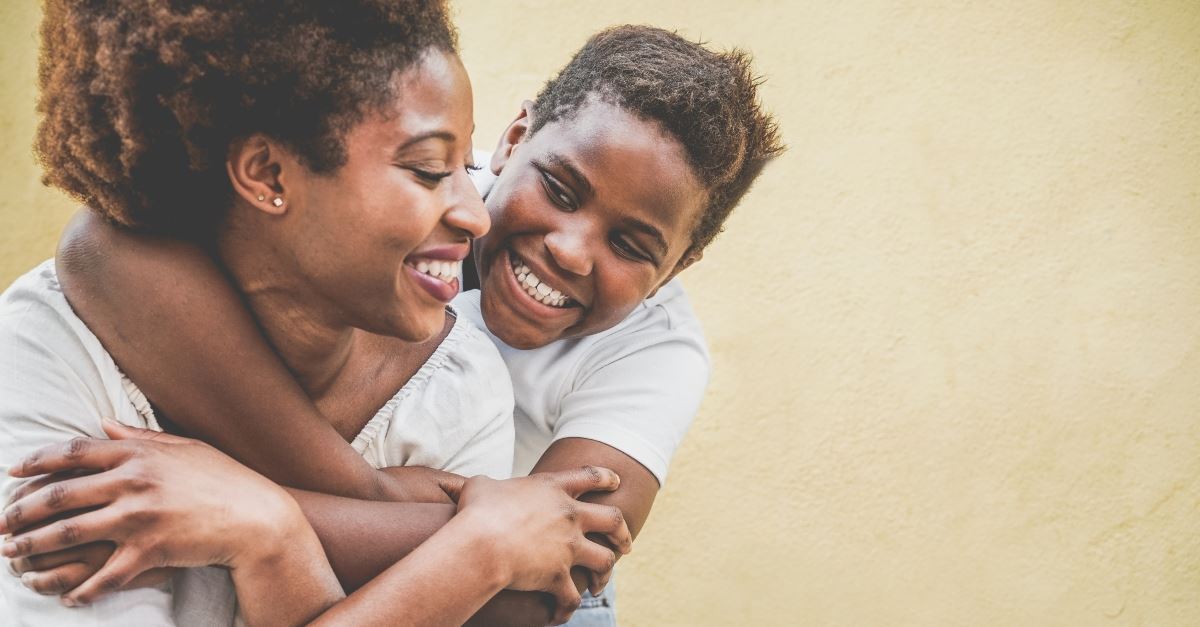 Listed below are the top 10 emotional needs as surveyed by great Commandment ministries. Every one of us, whether we recognize it or not, has all of these needs, and even more.

Think of some practical and creative ways that you could meet one or more of these top 10 needs for your mother or wife.

Maybe, you can plan one way every day to meet one of these 10 needs, for 10 days. Or maybe you can prepare a basket of them.

Let me give you an insight. Could you imagine that if you never received acceptance, affection, appreciation, or comfort, or whatever, from your parents, that they didn’t receive any of those things from their parents either?

It’s hard to pass on what you have never received.

Maybe you could work up the courage to meet some of those needs in your mom this Mother’s Day. One day they may reciprocate.

Many women do noble things, but you surpass them all. Charm is deceptive, and beauty is fleeting; but a woman who fears the LORD is to be praised. Honor her for all that her hands have done, and let her works bring her praise at the city gate. – Proverbs 30:29-31

Leticia, I hope my answer is helpful.

Editor's Note: Pastor Roger Barrier's "Ask Roger" column regularly appears at Preach It, Teach It. Every week at Crosswalk, Dr. Barrier puts nearly 40 years of experience in the pastorate to work answering questions of doctrine or practice for laypeople or giving advice on church leadership issues. Email him your questions at [email protected].

Dr. Roger Barrier retired as senior teaching pastor from Casas Church in Tucson, Arizona. In addition to being an author and sought-after conference speaker, Roger has mentored or taught thousands of pastors, missionaries, and Christian leaders worldwide. Casas Church, where Roger served throughout his thirty-five-year career, is a megachurch known for a well-integrated, multi-generational ministry. The value of including new generations is deeply ingrained throughout Casas to help the church move strongly right through the twenty-first century and beyond. Dr. Barrier holds degrees from Baylor University, Southwestern Baptist Theological Seminary, and Golden Gate Seminary in Greek, religion, theology, and pastoral care. His popular book, Listening to the Voice of God, published by Bethany House, is in its second printing and is available in Thai and Portuguese. His latest work is, Got Guts? Get Godly! Pray the Prayer God Guarantees to Answer, from Xulon Press. Roger can be found blogging at Preach It, Teach It, the pastoral teaching site founded with his wife, Dr. Julie Barrier.

This content first appeared on Crosswalk.com and is used here with permission. To view the original visit: https://www.crosswalk.com/church/pastors-or-leadership/ask-roger/honoring-mothers-doesnt-require-an-idealized-proverbs-31-mom.html