Send Bibles for the Persecuted Church

When I read Scripture, I often find myself asking questions about why something happens. Sometimes there seems to be gaps in the story, or it ends too soon, and I don’t find out the ending or the full details.

It is almost like the headline story isn’t enough to quench my curiosity. The reality is the purpose of the story has been met, but my inquisitiveness is still peaked.

One of those fascinating questions I have asked myself time and time again is why the consequence of Eve’s sin was increased pain in childbirth?

I suppose I have a personal curiosity about this question as the biological mother of three children, I know from experience that same pain also.

Eve, in case you don’t know, is the first woman named in the Bible, she is the wife of Adam. They are depicted by the Book of Genesis to be the first created human beings by God the Father, created from dust and ribs.

It is thought that Moses wrote the Book of Genesis, but that fact has since been debated by a few scholars.

However, Genesis, meaning origin or source in Hebrew, reveals to us from where all things derived.

The first two chapters tell us the wonderful story of a creative God who formed all that we see and know using only dust and breath, how wonderful is that, and in just six days, taking time to rest on the seventh. It is an incredible read!

In this story, we are told of Adam and Eve's wonderful life in a garden called Eden, literally paradise.

In this one garden, there was everything anyone could dream of; plants, trees, rivers, animals, food in endless supply, relationships, and to top all of that off, God walked freely with them because no sin resided there.

Then one day as Eve is in the garden a serpent approaches her. He tempts Eve into biting fruit from a tree that had been forbidden by God, the tree of knowledge of good and evil (Genesis 3). Eve knew this tree was out of bounds and should never be touched.

However, the tempter (Satan) seemed so convincing, and the fruit looked so inviting that she ate from the tree and then gave some to her husband. Instantly their eyes were opened and they realized they were naked.

Up until this point, Adam and Eve had always spent time with God in the cool of the day, but on this day God comes to see them, and they run and hide. Even today, the result of sin can be that we run and hide.

I always find the saddest part of this story is that Eve already knew the “good.” She lived the good life, she was saturated in good things, and she knew the very voice and person of God freely.

But in biting and eating from that fruit, she gained only knowledge of evil, and I don’t believe that was what she had hoped for. It was now too late; she had sinned and all of humanity would soon know the weight of that sin.

The consequences of this one act changed the future. Everything changed this day as though the universe was pivoting. Humankind, the earth, and the skies would now be tainted by sin forevermore.

Romans 5:12 reminds us that sin entered the world through one person and because of this sin, all of humanity, the whole of creation was now affected by it.

Such an incredible reminder to us that our decisions really do affect those around us and even generations to come and that we must live lives honoring to God.

The Consequences of Original Sin

As I said previously, when God came, they ran and hid. But God knew they had sinned, and He knew what this would mean for the future of His created beings and for His only Son, Jesus. If we read Genesis 3 verse 16, we see the consequences of that sin, it reads:

To the woman he said, “I will make your pains in childbearing very severe; with painful labor you will give birth to children. Your desire will be for your husband, and he will rule over you.”

If we break down this verse, we see here that it isn’t that childbirth was to be pain-free before the fall, pain would have been involved, but rather that the intensity would grow. Other translations of the Bible read that “I will sharpen the pain” (NLT), “I will multiply your pain in childbirth” (ESV).

As I wrote this article, I did notice an interesting thing about Scripture. To the serpent in verse 14 of Genesis 3, we read that God used the words “cursed are you” in reference to the serpent. In verse 17, we then see God say to Adam, “Cursed is the ground because of you.”

But we need to see here an important detail, in reference to Eve, the word curse does not appear. Eve was never cursed because of this sin, rather her sin was judged by an almighty and all-knowing, perfect God and a consequence decided.

We cannot fully know this side of heaven what the intention of God was in increasing the birth pains in women.

But we can know that this form of judgment from Eve’s sin would stand forever as a remembrance of what Eve chose to do and how that has now affected humankind. Every woman who bears a child will feel that same pain.

Scripture tells us in Romans 8:22 that creation also groans as in the pains of childbirth for the redemption of this world and the freedom from sin just as we as human beings await the end days also.

For humankind to birth new life, women must go through the pain of labor. A stark and staggering thought for some. But the result is usually one of joy, love, and laughter. Enjoying the new life that was born to us.

I have three children, as I previously said, and not one of their labors was the same, not one of our children are the same either. But each one is loved deeply.

After researching this topic, I read an article by Clarence Haynes Jr., who suggests that it is possible that this pain that women faced was a reminder that one day, years later, a woman named Mary would experience these same birth pains and from that one labor would come the Son of God.

John 3:16 tells us that “God so loved the world, that He gave His only begotten Son, that whoever believes in Him shall not perish, but have eternal life.”

Haynes suggests that through Jesus carrying the pain of sin to the cross, dying and rising again, we see the birth of new spiritual life, and can be born again in Him.

Now that Jesus’ blood has been shed and He has defeated death, we can experience the love and the joy found in salvation. To me, it was an interesting parallel and comparison and one that makes sense in a lot of ways, and I wanted to share it with you.

What Does This Mean?

The reality is this side of heaven we are unable to decipher this topic fully and understand the complete mind of God as He made His judgment.

But if you are a believer, one day you will have the opportunity to speak to God, to talk with Eve, and have a conversation about this topic in heaven.

How exciting would that be! If you are not a believer, please take note once again of the verse above — John 3:16. God loves you so much that He chose to send His son Jesus to die in your place.

He loves you deeply and I know that He would love to welcome you into His family. Please consider offering your life to God and living one honoring Him so that you may know this incredible life of love and relationship with God.

Love from the Garden to the Silver Screen

What if Christian Couples Can’t ‘Be Fruitful and Multiply’?

Did Evil Exist Before Adam and Eve Sinned? 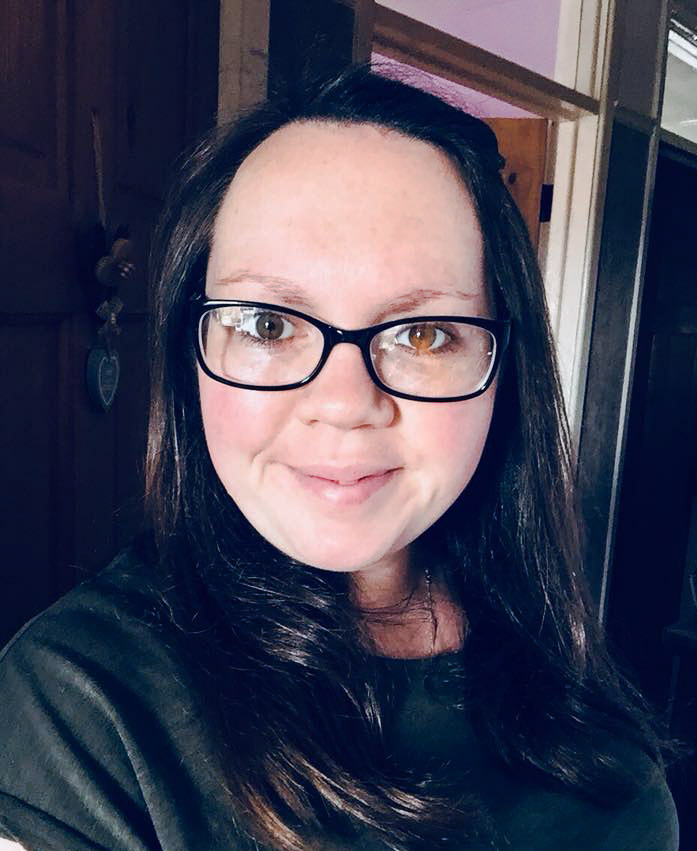 Michelle Treacy is a Christian writer, a wife to Gerald, and a busy mother of three, Emily, Ava Rose, and Matthew. Finding time to write is not always easy. However, Michelle’s desire to write about Jesus, and passion to teach is what motivates her. Michelle writes on Instagram Michelle_Treacy_ and for CrimsonSeasCA. Also, on WordPress at Thoughts From My Bible. If you meet her in person, you will likely find her with two things in hand, a good Christian book, and a cup of tea!

This content first appeared on Christianity.com and is used here with permission. To view the original visit: https://www.christianity.com/wiki/bible/why-are-we-told-that-god-gave-eve-pain-in-childbirth.html